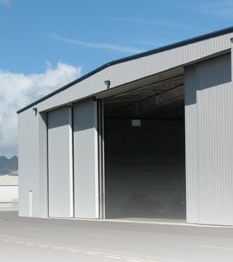 I am with a sister I've not seen in a long while. She and I are standing next to a small jet plane. It looks like a novelty with its pointy rod in front and rather fat and short fuselage. She is telling me the construct of the plane. I get the sense that she is trying to tell me that nothing gets built without aforeplanning and thought, and meticulous planning.

I am now with a group of people I think are my secondary school friends but they seem older and appear (by intuition) more like my army buddies. Dreams tend to blur their timelines like that sometimes.

I rush to a hall. A meeting is taking place. We are being briefed on the organisation of an outing for the school. I meet Mr Wilfred James and Mr Tan Hong San, my sec sch principal and NPCC teacher-in-charge (1 of 3) respectively. The hall appears large like an aircraft hangar. We sit in rows of metal chairs. The whole scene reminds me of how aviators are typically briefed in the movies before a mission. I seem to be the student leader in charge.

We are doing a trip by hovercraft boat. There are logistics to prepare. I'm given a list and go through it. I feel confident and exhilarated at the same time. I look out. The sea and sky are clouded but there is a strong wind. I feel encouraged and think what a great adventure!

We are stacking stores to bring in a boat shed. Everything is packed and labelled neatly in a most military fashion. On one side, long green tubular bags containing tentage poles. In another corner, crates painted black. An ex-classmate Ser Yang comes up to me to confirm that the store list is complete and that all is in order.

Night falls, it's the eve of departure. Many of us are asleep in our sleeping bags in a hangar. I am trying to get to sleep but is unable. I get up to take a warm shower hoping that will do the trick. It's one of those half-stalls. As I bathe a sudden bright light shines on me. A huge plane has just parked outside.

The next morning, everybody is at the briefing hangar again. I am late and worry what the teachers might say. They don't say anything and is understanding. Along the way, I meet Mrs De Vaz, who asks me if everything is alright. I smile and reply in the affirmative, and hurry on.

But it is just a dream, it is still night. Someone comments why I am still in a towel. The voices don't mean anything as I find myself floating up to the ceiling, bobbing to avoid the strong ceiling fans. I am floating as if on water and am surprised the towel holds. I then wake.