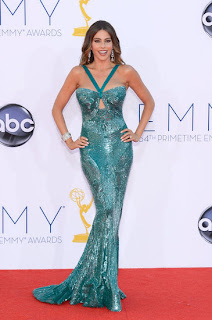 In this dream, I am helping to run a kind of Games' Day in a school. Is it my old school? I cannot tell.

The games are at stations all over the school compound. And we go round in a large container truck to set them up.

One game involves a trick ring set. The rings are in concentric arrangement and the aim of the game is to knock them so that they each turn a certain angle. My dream eye sees a set turned at slight 15 degrees from one another. Somehow, they remind me of the '@' sign.

Another game involves a mat of fat spikes. The mat is orange and made of flexible silicon. It is placed on the  floor. I am not sure how this is played though. It was never explained.

The third game I recall involves a pencil case with some white plastic powder, the sort used for injection molding and such. It is not unlike salt in texture but shinier and reflected light in a lively manner.

These three games are played side by side, like a 3-in-1 station similar to the Army's IPPT set up.

There is a lady who is helping me, a tall athletic one in track suit and with a whistle round her neck. Each of us carried a pen-on-a-string too. This lady tells me at one stage to remember to return the pen. I wonder why is that important. The lady has straight hair and is Asian but she somehow reminds me of Jane Lynch from Glee!

The games have run late, the sun has set and it is night. We worry about a group girl students somewhere who has yet to return. I set off to look for them. I arrive at their game station but cannot find them. I instruct some other girls to help pack up, and then drive around some more. I eventually come to a road that has broken off. I screech to a halt at the edge and get off to walk the rest of the way.

I next find a group of teachers and students in an open yard packing stuff up. They seem very organised and are making sure everything has been returned. The situation feels like the time when my guys and I had to pack up after a reservist ICT stint. The speed, the attention to detail.

A pen in that pencil case and powder set is missing. I find it on me and give it back. I scoop up the white powder and wonder how that was used. The rest is then packed into a box and loaded up the container truck. There seems to be some urgency in getting everything packed up. Is there a storm coming? I still worry about the missing students and go look for them some more.

The girls run off the moment they see me, giggling. They are playing truant and I shake my head. Incredible!

A lady who had played a game with me at the beginning of the dream appears. In that game we each had to spin a short stick. They both had to line up a certain way. It's like a version of Lom, Chiam, Pass - the local version of Scissor, Paper, Stone, but different. It's more casual and players could sit and talk and spin the sticks in an idle way. There were various tokens to keep score.

I won one time and she got amorous with me. She's buxomy, tight in her white blouse-shirt. I could see the buttons straining in their job as she moved and heaved. The buttons finally popped and fell to the ground in a slow-mo clatter. Noooo!!! I silent screamed.

The lady is now standing here with her hands cradling and shielding her breasts. Her hands are small and delicate but her breasts are full and ample - they spill over. A wicked smile grows on her face. That settles it then, she says. And falls onto me. We roll into a dark corner and bump right next to three pairs of eager eyes. The girls!

They laugh and throw sparkly things on us. It's that same powder we have been using in the games. They run off leaving the two of us on our elbows shimmering like fish out of water and wondering how to proceed. Her breasts are starring at me and wondering the same thing too. They are sparkly and perky and I find myself drawn to them. I lean forward and in a poof, the lady turns into a mermaid looking very much like Sofia Vergara in her simmering gown in a recent red-carpet Emmy event. I recall saying "Oh my god!" in a nasally way and wake up.