Sheep, Witch, Rabbits and A Nurse 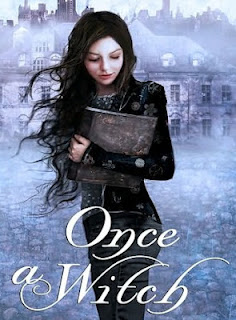 In this dream, I am in a classroom learning geometry. I am not in my former secondary school but a school where the uniform is a mix of grey and checks (similar to the school not far from my home). The class is rowdy, the girls more so. A couple of them are fighting over a misplaced diary. One looks murderous, face red and also on the verge of crying. I seem to think it's a recurring argument and look away out of the window.

A lamb in sunglasses hops by. It has a thick gold chain round its neck. The large pendant hanging from it looks like a stylised letter 'C' with two vertical strokes turning it into some kind of dollar sign. It gives me a salute and swaggles on. It hops beyond a small knoll and enters into a scrum with some other waiting sheep. I notice that some of them are actually wearing tuxedos. Their beige white wool is very stark, as are their shiny black hoofs. These sheep reminds me of those in Wallace and Gromit.

There is a flash and the whole scene toggles between real and x-ray. The lines of the landscape jars from smooth to jagged, polygon-like, reminiscent of some wire-frame CAD drawing on a computer. The shapes connect and make sense. As I roll over the landscape, numbers appear. First '3', then a dot. Next, it is '1', '4' and then '2'. I realise that the numbers represent the pi sequence. More numbers turn up as I fly ever faster over the digital landscape. It does not last as eventually the tension snaps. I am back at my window looking at the sheep and meadow.

Everything is back to normal. In the distance, lightning appears from a grey cloud. A storm looks to be on its way. I gather my books to leave, ignoring the commotion around me. A girl tugs at my shirt and motions a friendship band towards me. It has the letter 'D' on it. I am not interested and tells her to keep it. She is disappointed and the floor of the classroom gives way. She slides, I slide. We all fall in.

I find myself in a cavern that is semi dark. A blinking tablet calls out from a corner. I pick it up. It's a smallish smartphone not unlike an LG Optimus. On it, a blinking dot on a digital map. It seems to represent where I am. I unpinch the screen to zoom out. A bounce but nothing else happens. The map remains the same. I pocket the phone and walk towards the path I see in front of me. All around, the cavern twinkles with light from black liquid crystals.

Not far in, I come across a crystalline mirror. Inside, someone is furiously scribbling away. The figure reminds me of a hunched witch - same garb, same troubled hair. All over the floor around her are crumbled pieces of paper. She seems to be frustrated by what she is trying to write. A few violent scribbles and another ball of paper gets crumpled and tossed. The 'witch' turns and looks at me. Her eyes are red and pained. I realise she is the same girl from the class before, the one who tried to give me the friendship band.

I want to ask her what's egging her but I do not. I seem to think that if one must write, one SHOULD JUST WRITE. Write for one's pleasure, that is. Nothing else matters.

I ignore the Writing Witch and move on.

I next walk into a hall dripping with bead curtains. The beads are made of pink crystals and matches the black liquid cavern walls very well. Kind of goth. A disco ball spins from somewhere throwing sequined light all over. A dance looks set to begin.

Across the room sits the four members of KISS, the heavy metal band. I know it is them because the white letters on their tee-shirts together spell K-I-S-S. As I watch, more KISS members step up from the shadows bearing more letters. Eventually the message reads "KISS & MAKE UP" I am astounded and wonder how they knew.

In my shock, I don't realise that I am holding on to a bunch of pink beads. I instinctively pull on these and they break, spilling rounded hopping things all over. The beads turn into pink bunnies and I laugh. And like the beads/bunnies, I slip and roll into a burrow.

Bunched up, I am now looking over my ass and could see a man-made pond in front. As I swing my ass a jet stream of water shoots out. I move from side to side, the spray follows. It seems as if my ass is directing a jet of water, not that it was actually issuing forth anything.

I decide to stop cycling on my back and roll myself to an upright normal position.

A nurse bearing the Khoo Teck Phuat hospital tag walks by. She is a sweet young thing - probably a resident doctor instead of a nurse. At the bike stand she unlocks a bike and rides away. I quickly follow her, wondering what happened to my nurse-friend Karen from years ago. She was a nurse turned writer.

In the distant, lightning again announced itself from behind a grey cloud. Small drops of rain fall at first, then bigger ones. In no time, a torrent. By now the nurse has become a speck and no more. I battle to go on as  the track beneath me become muddy and owning. Stuck like that, I call out to Karen. But I know it is useless. She is gone.
Posted by TC Lai at 04:22