Of Dead Leaves and Gummy Leaches 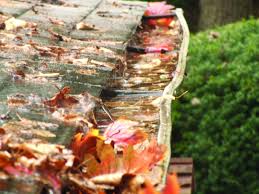 This is an interesting dream. And like most of my dreams, they seem to come from left field with no ties to my present state of mind or what some dreamiesters would attribute to "stress" in my life. Really, if you are not in my shoes, I feel you will have a hard time trying to solve the puzzle that are my dreams.

Ok, this dream came after watching three Euro matches two of which went to extra time, one that even began at 3 am and ended close to 6 am. Did fatigue have something to do with this particular dream?

I must admit. To avoid feeling like a zombie in the morning, I actually sleep-watched my football games, napping when my eyes are tired and waking (usually) later in the match. Amazingly, I did not miss any crucial parts of the matches, nor any goals (or replays of them, haha).

The dream started with some kind of fun chase. We were running along a narrow boardwalk that lined a beach front that had folks sitting down for evening coffee or light meals. Above them were strung the usual ambient light bulbs giving the place a bit of a festive air.

Why were we running? I think an earlier part of the dream had us accosted by some person or dog at a kampung area (a 'kampung' is an Asian rural area of wooden houses with thatched or zinc roofs) where I believe someone was  thrusted against a wooden wall. I know, it sounds kind of violent. Maybe it was. I would have to recall more.

In any case, as we ran, in a presumably joyful mood, I then climbed a ringed staircase, you know, the sort found on antenna towers for service folks, I bumped into a drain gutter and roof. I was then showered with all kinds of detritus - dead leaves, dust, soil bits, etc. I was totally plastered, as if I had rolled in the stuff itself.

However, what's coming back is not ants but soil-like dust. Or dark, wet Chinese tea-leaf bits, you get my drift. Or black volcanic sand, the kind that's found on the southern beaches of Bali. The ones that will stick to your wet body.

Then there were also the gummy-like patches in the color of tanned skin. At first I thought I was suffering from some form of measles, but as the patches grew darker (and raised) I picked up courage to peel them off. And glad they came off without tearing my skin. I would do the same with the other drier, scab-like patches.

In the end, I was finally free from this horrific skin condition and sat down for tea with someone who felt like my mom (or an actress playing the part of my mom). We sat outside a kampung house and had teh-C orleng, my kind of teh-C beverage. The scene reminded me of the Chinese kampung along Jalan Cheng Hwa or even the one in present day Pulau Ubin kampung.

There were scenes of an earlier conflict, maybe a gang fight even, but the memory is foggy. And sitting there enjoying the tea, we seemed to be watching a rally of some sort.